by The Morning
in Lifestyle
0

Mumbai is called the city of dreams and every day hundreds of people arrive here to fulfil their desires of being in the showbiz. While it takes a long time for some people to get the recognition they want, some extraordinary talents announce their arrival in style with their first few projects themselves. Anushka Kaushik falls in the latter category and now she has a laurel to show for it as well.

The young actress starred in some amazing projects this year, giving impressive performances that caught the eye of the audience as well as the industry. But her biggest breakthrough came with the web series Crash Course, and for it, she was recently awarded at the Global India National Stardom Award 2022 in the New Talent Of The Year- OTT category.

The unrivalled aesthetic of Neo-Victorian Era

The Best Way to Keep Your Home Cool This Summer 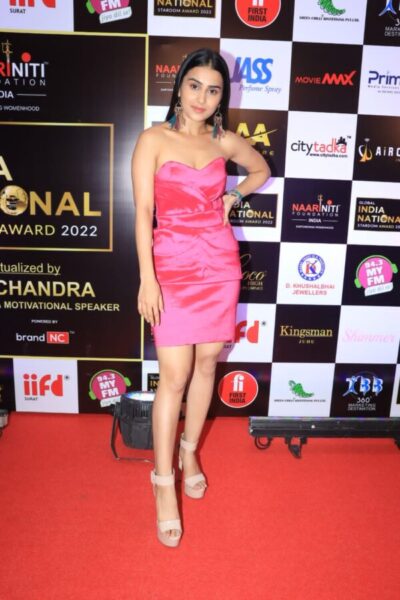 Apart from this, Anushka also featured in projects like Thar, Ghar Waapsi and Bravehearts amongst others, and she has really announced her arrival with a bang. This award is just a testament to that as she has much more to come.

The unrivalled aesthetic of Neo-Victorian Era

The Best Way to Keep Your Home Cool This Summer

How can a Dietician help in the Weight loss journey

Guru Randhawa is very down to earth and the most humble person I have ever met,”, says Delbar Arya over the success of their song Downtown gaining 235 Million views.

Yagnik Pandya who is passionate about cricket

From Electric Vehicles to Genetic Engineering: This Edtech Platform has Redefined Learning for Students

Sonakshi Sinha showcases her paintings for the first time